Home/Preliminary competition in Murcia (Spain)
Segreteria
This event has passed. 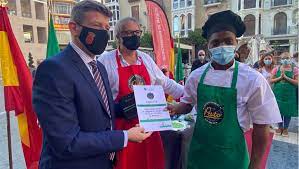 The preliminary competition, which will take place in Murcia, is part of the preparations for the twinning between Genoa and Murcia, as part of the European Sisters project, for cultural exchanges and promotion between cities. The twinning between our city and the capital of the Murcia region had already been approved by both municipalities in 2019 but, precisely because of Covid, it has not yet reached the subscription.