PESTO GENOVESE MADE BY A MARBLE MORTAR IS SET TO BECOME A CANDIDATE FOR UNESCO INTANGIBLE CULTURAL HERITAGE OF HUMANITY!

Home/Senza categoria/PESTO GENOVESE MADE BY A MARBLE MORTAR IS SET TO BECOME A CANDIDATE FOR UNESCO INTANGIBLE CULTURAL HERITAGE OF HUMANITY!

PESTO GENOVESE MADE BY A MARBLE MORTAR IS SET TO BECOME A CANDIDATE FOR UNESCO INTANGIBLE CULTURAL HERITAGE OF HUMANITY! 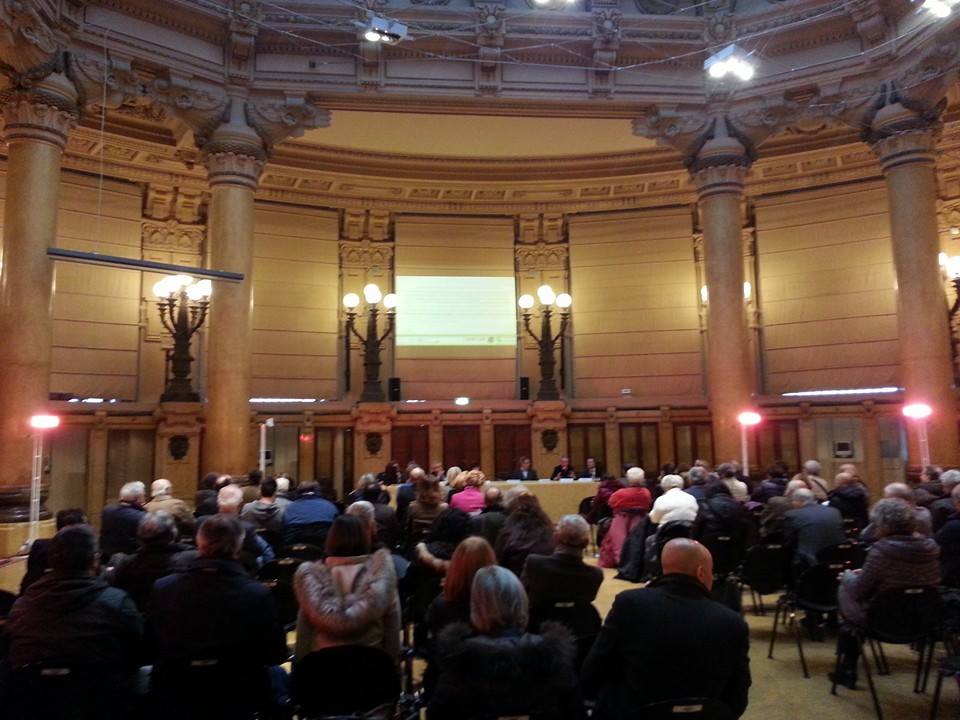 On Monday, January 19th, 2015 at the Palazzo della Borsa in Genoa, with the presence of the authorities and of many economic realities, cultural, agricultural and gastronomic, associations both Ligurian and national, Liguria officially and in its collegial expressed the intention to nominate the Production of Genoese Pesto made by a marble mortar and a wooden pestle for “intangible cultural heritage” of UNESCO. This decision was made after a study of the historical and cultural aspects of the production of the popular Genoese Pesto and an informal verification of the procedures provided by UNESCO. We are only at the beginning of the trail but the great and participatory membership public meeting wanted by Regione Liguria, Genoa City Council and Chamber of Commerce of Genoa, and organized by the Cultural Association of Palatifini, was in itself a strong demonstration of will and a guarantee of reliability.Paolo Odone, President Of The Chamber of Commerce, after the welcome, stressed the importance of Genoese Pesto production for the Ligurian economy and particularly the beneficial effects on agricultural production because the Genoese DOP basil is increasingly in demand as an important ingredient for the production of quality pesto. Any initiative to bring up their image can only be welcomed.

The Liguria’s greatness as Pesto, argued Angelo Berlangieri, Head of Culture and Tourism of Regione Liguria, enhance the territory as a whole. This is why the Liguria decided to bring the Pesto World Championship to Expo in Milan, dedicated to food, involving the nations participating in the initiative. This would be a communication and promotion initiative for our region at the highest, unprecedented, level.

Carla Sibilla, town Councillor of Culture, Tourism and Promotion of Genoa, said that the Pesto is the ideal ambassador of our land because it is in his DNA, in the history, culture, quality of life. The UNESCO recognition would underscore the uniqueness and would encourage the defense of the traditions, but at the same time would testify the universal value of our green sauce.

The subsequent talks have deepened in the first place the procedural aspects and contents of the request to propose, through the appropriate government offices, to Unesco Committee, in particular the initiatives of Ligurian community involvement and the safeguards of good (Sergio Di Paolo Cultural Association Palatifini). Further speeches around the theme of Pesto strengthened the reasons of the ambitious goal we set. Sergio Rossi (expert cucinosofo and about history of food) carried out a brief history of the recipe of Genoese Pesto made by a marble mortar climbing ancient times to modern recipes. Luca Spigno, physician and specialist in food science, described the organoleptic quality and healthiness of Pesto that make it a unique food. After him, followed Enrico Gollo president of ADI (Industrial Design Association) who presented the international design competition to produce industrial mortar for Pesto that will close early in the year. Roberto Panizza (Cultural Association Palatifini) concluded the work emphasizing the value of sharing the objectives, behind every successful initiative, so it was for the Genoa Pesto World Championship and so will become for Genoese Pesto made by a marble mortar heritage of humanity. On the sidelines of the conference has been set up, by Maurizio Valle, a table with the basic ingredients of Genoese Pesto and historical mortars, the silent protagonists of the event.

Third-party cookies are set by a website other than the one you are currently visiting. Decide which of the following cookies you want to keep or disable.