In the splendid setting of Porto Maurizio in Imperia, where were stationed at berth over 100 Vintage Sails, at the wonderful event celebrating the navy sailing around the world, 30 sailors from as many boats were challenged to who prepared the best Genoa Pesto. 10 of them were selected for the final which took place late in the evening between supported by their fellow crews. Overall winner Fabrizio Garau from Arbatax embarked on “Caroly” who won by a narrow margin of Carolina Vojtisek, gaff cutter “Eve”, and Patrick Weeks from Falmouth (UK), the schooner sailor “Kelpie”. In addition to the volunteers of the Cultural Association Palatifini, the jury was composed by Stefano Vighi, Paolo Maccione, Paola Novaro, Karin Boriani and the Olympic Water Polo champions Giulia Emmolo e Giulia Gorlero. 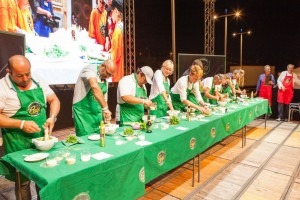 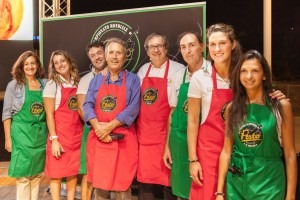