On Thursday, May 17th, at the central Fico Eataly World arena, during the Pesto Day, the preliminary competition took place, valid for the eighth Pesto al Mortaio world championship, to be held in 2020. Ten expert and amateur competitors competed, with a pestle, to create the best mortar pesto, according to the technique and the traditional ingredients.
The jury, composed by Gianni Berrino, Regional Councillor for Tourism of the Liguria Region, Roberto Panizza, President of the Palatifini Association, Emiliano Pescarolo, world champion Pesto al Mortaio, Tiziana Primori, CEO of Fico Eataly World, Alberto Bettini, starred chef of the restaurant Amerigo and Franco Boeri Roi, producer of oil excellences, has decreed the best pesto, following five criteria: manuality, consistency, fineness of the ground, color and balance between the ingredients.
It was Flavio Procino, 35, from Campobasso, who won over the other challengers and won the qualifying race. The special recognition given, however, by a jury of food bloggers to the most imaginative competitor was won by Romina Brazzi, Genoese, who had already qualified at the last world championship.
Immediately after the award ceremony, the Chief Executive Primors officially signed the ‘Signature and Pest’, the collection of signatures to support the candidacy of this Genoese excellence as a UNESCO heritage.
Congratulations to the winner who we will meet in Genoa at the next World Championship Final! 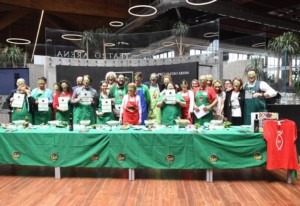 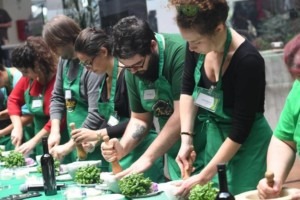 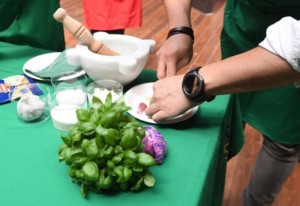 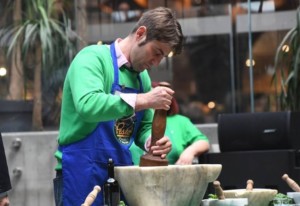